The marinas in Sønderborg are some of the most visited marinas in Denmark, located in Southern Denmark. For the past one and a half years, the Sønderborg marinas have been using Harba’s marina products to increase revenue growth and to provide an exceptional experience for their marina customers. Since joining, Sønderborg marinas use HarbaMaster to simplify their marina operations by having a better overview of their marinas’ availability, guest information, as well as by ensuring a smooth and easy payment process with the HarbaApp and HarbaKiosk.

Torben Østerby works as a harbourmaster in Sønderborg. He is in charge of six marinas: Sønderborg By Havn, Augustenborg Havn, Hardeshøj Dampskibsbro, Egernsund Havn, Grasten Havn, and Verdens Ende. Torben says it is an advantage to have the boat names of the transients, and it is easier and more efficient to check if customers have paid by using Harba.

“This is an advantage over other providers of payment systems and the system has been incredibly stable throughout the high season” – says Torben Østerby.

Torben used to spend weeks on time-consuming marina administration tasks. For instance, creating and sending invoices as well as tracking payments from his seasonal berth holders. According to Torben, it was very cumbersome for his customers to make their payments. Foreign berth holders had to wire the money via bank transfer to the municipality’s account. In addition, Torben had to manually keep an eye on payments going through 14 days later. This was unnecessarily complicated.

Torben believed that there had to be a smarter way to handle marina operations. He wanted to find a solution that could make the marina administration and the whole payment process easier for both the marinas and boaters. Most importantly, Torben wanted to find a supplier who shared the same vision as the Sønderborg marinas. His vision was to digitalize the marinas as much as possible.

“Instead of working harder, I wanted to work smarter with Harba” – Torben Østerby. 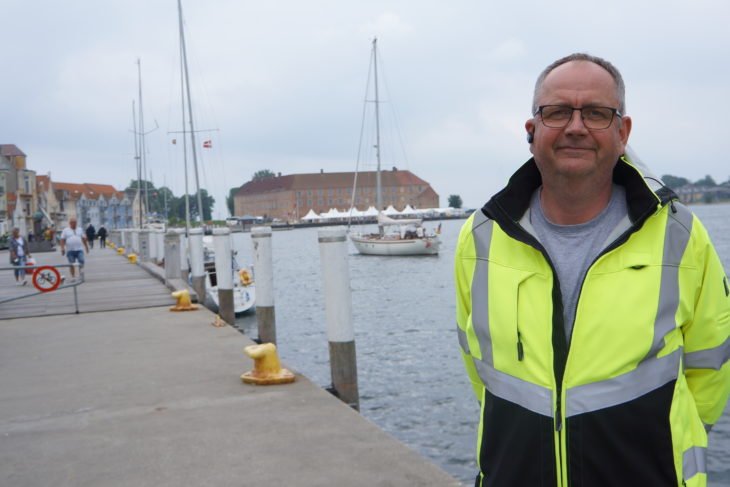 Torben has implemented HarbaMaster marina management software for all marinas run in Sønderborg and has now significantly reduced the time spent on creating and sending invoices. There is no need for him to chase down payments anymore as well. HarbaMaster allows Torben to send automated invoices and reminders to multiple customers, and get marina payments to the bank account.


“With 3 clicks I can send out 40 invoices to my customers at the same time, and with 2 clicks I can check if they have paid or not. It’s just smart.” – Torben Østerby.

Sønderborg marinas now provide a simple and easy experience for all customers. Transients can now pay for their berths and other related marina facilities using either the HarbaApp or HarbaKiosk.

HarbaApp is a free mobile app for boaters that allows its users to either reserve a berth in advance or pay it once a boater has docked. For those marina visitors who are not willing to download the app, it is possible to make a payment online or via the HarbaKiosk at the marina. HarbaKiosk is a stationary self-service payment kiosk where transients can make a payment. It is also possible to print out stickers to put on their boats so it is easier to see if they have paid or not.

After they have paid using one of the above methods, the customer gets all relevant access codes to marina facilities automatically. Easy and smart.

HarbaApp and HarbaKiosk are integrated with HarbaMaster marina management system. Thus, making it easier to collect relevant information on guests such as boat data, payments, contracts, and more. All in one place!

Sønderborg marinas were looking for a smart solution that could simplify their marinas’ operations. Sønderborg has chosen to partner with Harba which shared the same vision to simplify marina operations through digitalization.

According to Torben, Harba meets all his current needs as it offers the whole package around the marinas and shares more visions with him than other suppliers. By using smart technology solutions that save time, the harbourmaster can spend more time with his guests in the marinas. This is one more shared vision between Harba and Sønderborg marinas.

Get the latest marina management news, trends, and case studies delivered straight to your inbox!