Nida is one of the most popular tourist resorts in the Baltics for multiple good reasons. This small Lithuanian town boasts many natural, historical, literary, and cultural attractions. Whatever your interests may be, there are things to do and see in Nida you’ll really enjoy.

Nida was founded as a fishing village, and its port on the eastern Curonian Lagoon side of the Curonian Spit still plays an important role in the local economy. The port is found in the most historical part of the town and dates back to the late 19th century. These days it’s used by ferries to inland Lithuania, visiting yachts, tour ships, and fishing boats.

The Port of Nida is an international port with custom and immigration offices, and Nida Marina accepts boaters from all around the world. If you’re planning to sail to Nida, use a good-quality marine GPS to find your way into the lagoon at Klaipeda. You can pay for your berth or mooring at Nida Marina directly through this page, a free mobile app for boaters – HarbaApp – or by using a self-service payment terminal at the marina.

A popular boat tour from the Nida Marina crosses the Curonian Lagoon to Vente Cape, Lithuania’s longest peninsula. The cape is renowned for Vente Cape Ornithological Station built in 1929 to facilitate research into the migratory birds that rest here during their journey. Ensure you take along your binoculars to make the most of the breathtaking views and abundant birdlife. 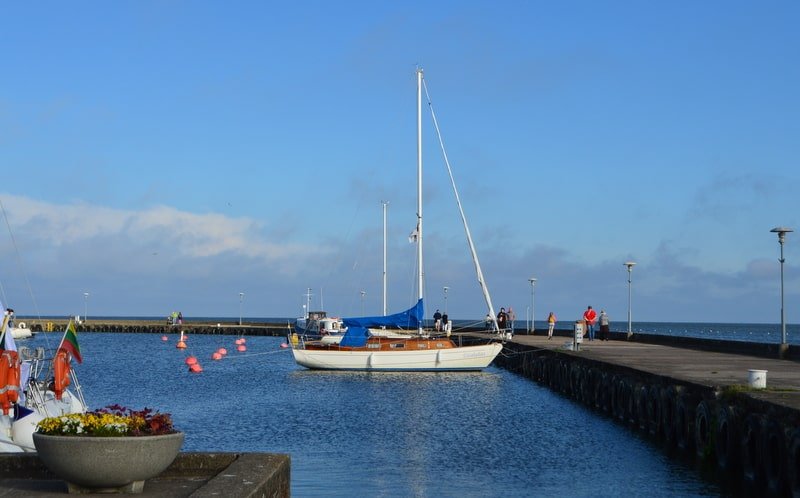 The Curonian Spit that separates the Baltic Sea from the Curonian Lagoon is a UNESCO World Heritage Site. One of the most interesting features of the spit is the Parnidis Dune just south of Nida.

To access the dune, follow the 1.1-mile Parnidis Cognitive Path, a nature trail marked out with white and green wooden posts. Along the way, you’ll encounter stunning views, birds, insects, lichen, mushrooms, and other plants. You can explore this dune and others from your boat as well. Mirties slėnis (Valley of Death) –  is a nearby anchoring spot and you can dock here free of charge. It’s possible to sail along the shores until you reach the border with Russia.

Parnidis Dune is an area of drifting dunes that rise up to 170 feet high but can be moved or reshaped by harsh winds and storms. The dunes are light in color due to the sand’s high quartz content. They are stabilized by bush grass, sea lyme grass, and European beach grass. This dune habitat also supports beach pea, Baltic toadflax, goat’s beard, and hawkweed. 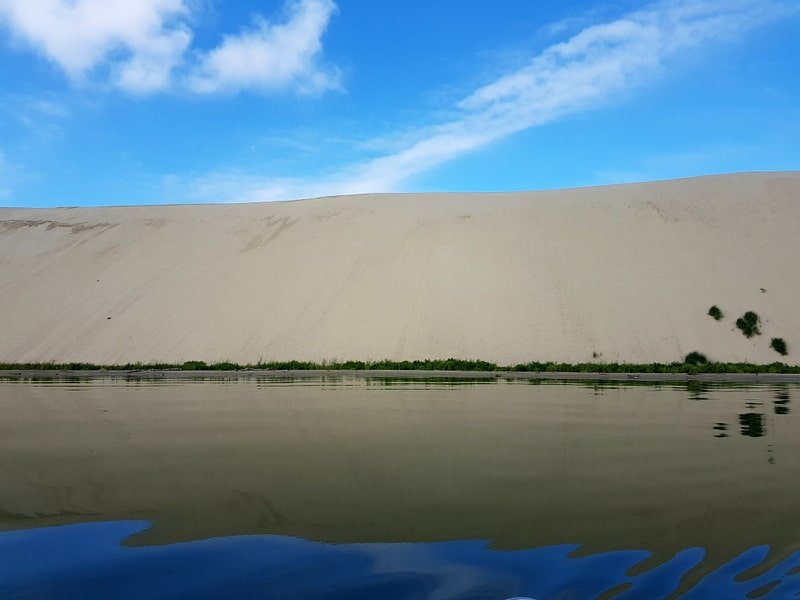 A monumental granite sundial was constructed atop Parnidis Dune in 1995. This central pillar is 45 feet high and is surrounded by steps engraved with notches enabling visitors to tell the time from the pillar’s shadow. Due to the instability of the dune, the sundial has already required rebuilding once in 2011.

The sundial is positioned in a location on the dune where you can admire both the Baltic Sea to the west and the Curonian Lagoon to the east. It’s also a great place to watch both sunrises over the lagoon and sunsets over the sea. 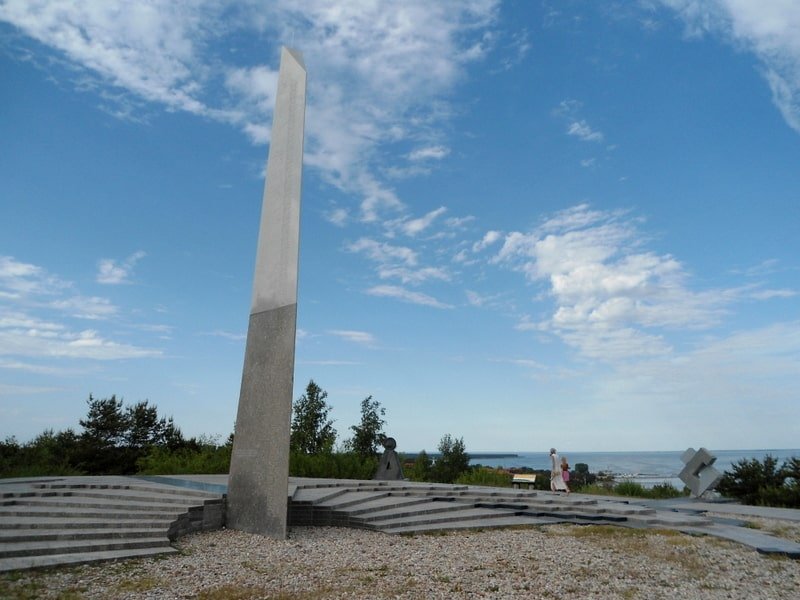 Many German, Latvian, and Russian families come to Nida to enjoy the beautiful white sand beach. The sea here is typically calm making this a great place for recreational paddling with a sea kayak or stand-up paddleboard. It’s considered a safe beach for children and subscribes to the international Blue Flag Program.

Enthusiastic beachcombers should keep their eyes peeled for amber pebbles that are frequently washed up on the beach here. These gemstones are so common that an old fisherman’s house in Nida has been transformed into the Amber Gallery Museum. Go there to learn all about the geology of amber, the history of Baltic amber, and to see beautiful jewelry and ornaments made from this stone. 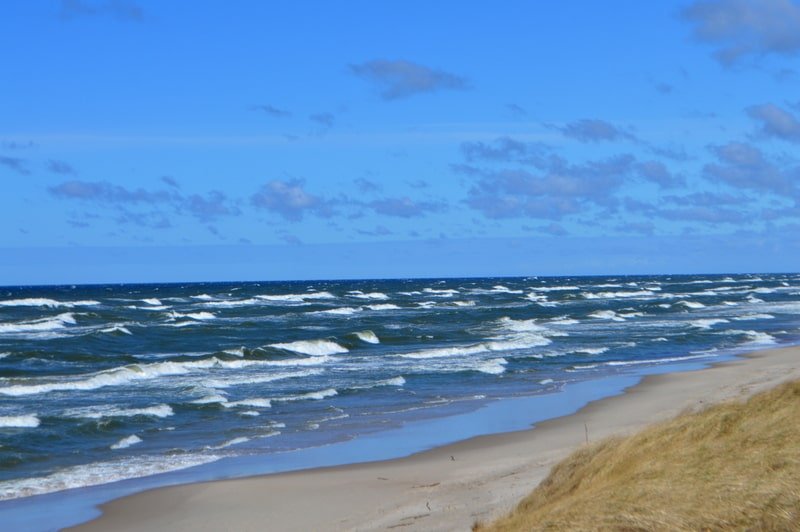 Nida’s historic role as a fishing village means that seafood is very much on the menu. Smoked fish is a popular local dish and can be purchased from food outlets in Nida. Sena Sodyba offers traditional Lithuanian fare, such as herring with beetroots and potato pancakes, fishcakes, shrimp salads, and curd cakes.

Tik Pas Jona is the TripAdvisor top-rated restaurant in Nida. It sells smoked fish from a stand and provides an eating area for people who want to consume their fish on site. Tik Pas Jona smokes freshly caught fish 3 times a day and serves the smoked fish alongside Lithuanian bread, cucumber, and tomatoes. Choose from mackerel, eel, and other local species. 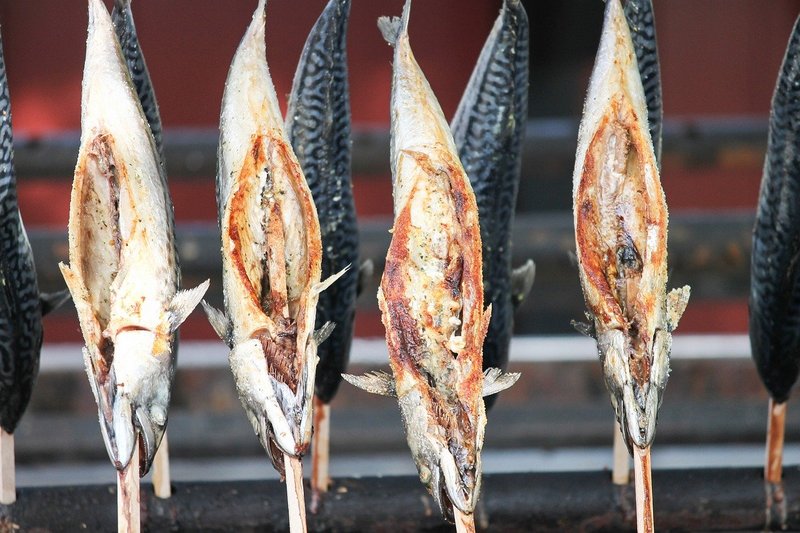 Many visitors are charmed by the colorful old fishermen’s homes found along the promenade facing the lagoon. If you are interested in seeing inside one of these picturesque buildings, head to the Ethnographic Fisherman’s Homestead Museum.

The museum is housed inside 2 connected buildings built in 1927. This was a traditional layout for homesteads, where the main family would live in the larger building and married offspring would move into the smaller. The museum interior replicates a typical fisherman’s home from the early 20th century. It is designed to give the impression of a snapshot in time. 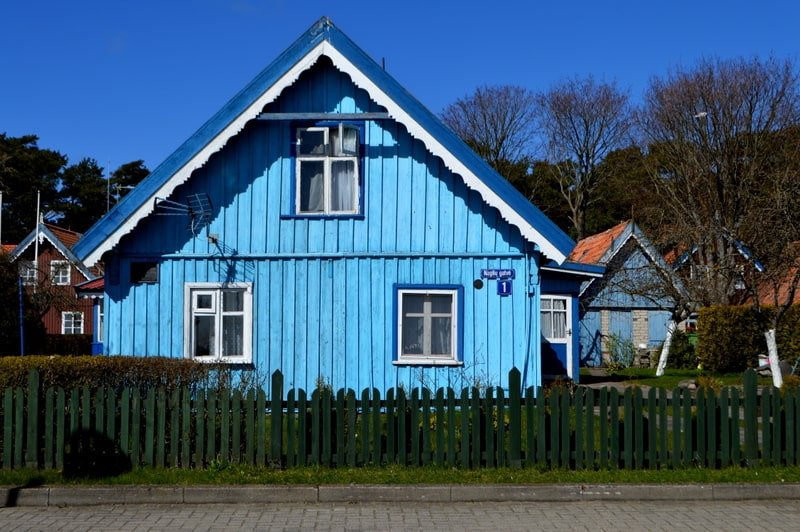 If you are interested in literature, you may wish to visit the Thomas Mann Memorial Museum. Mann and his wife fell in love with the Curonian Spit while on vacation in 1929. The very next year, they built a summer house in Nida so they could come here every year. 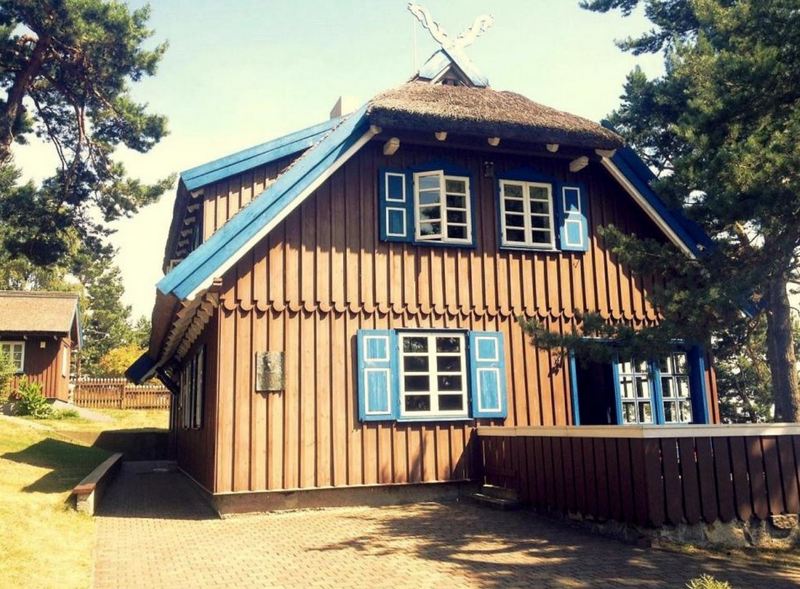