“My name is Leo and I am a Norwegian sailor. I have spent the last year solo sailing along the beautiful coast of Norway, from the south to Lofoten and Vesterålen in the north. These are the two very special islands along the Norwegian coastline. 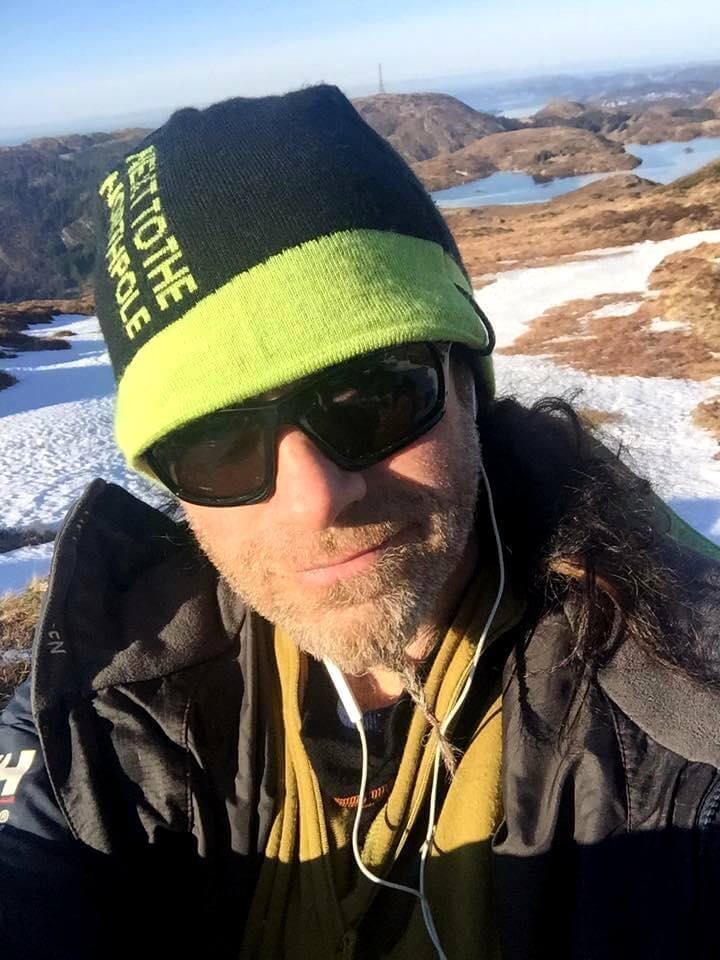 I started sailing in July 2016 and my plan was to have enough time on my journey along the coast so that I could visit the many fjords and small places on the way. The first part of the journey I spent in the south part of the country. I then had a nice and calm sail up the west coast to Bergen. This coast in the south of Norway is where most people sail in the summertime.

I stayed in Bergen during the autumn and winter of 2016. I needed shelter from the heavy storms that often rides the more dangerous parts of the west coast of Norway during the winter season.

In February, I was tired of being in port and started the long trip to the north. I had really nice weather in the first days sailing along the Norwegian coast, and I was very happy to finally be on my way. 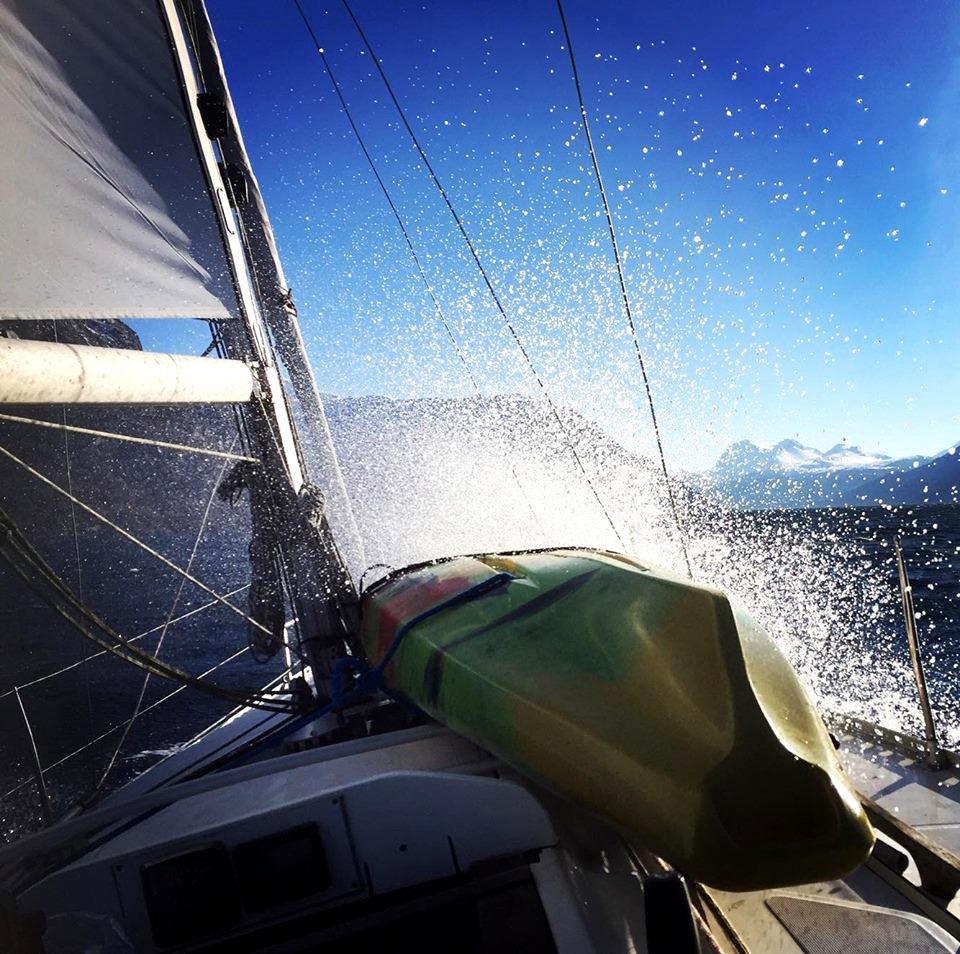 My boat has auto steering and the sails on rolls, and no spray hood. So, I get a good view when I´m sailing, but it also means that I feel all the weather right in my face since I stand outside all the time.

Both the snow and wind was hitting my face so hard that I had to wear my diving mask for protection.

It was still winter when I left Bergen, and after some days it also started to snow. Both the snow and wind was hitting my face so hard that I had to wear my diving mask for protection. I used a lot of wool clothes and ice fisher suit to stay warm. 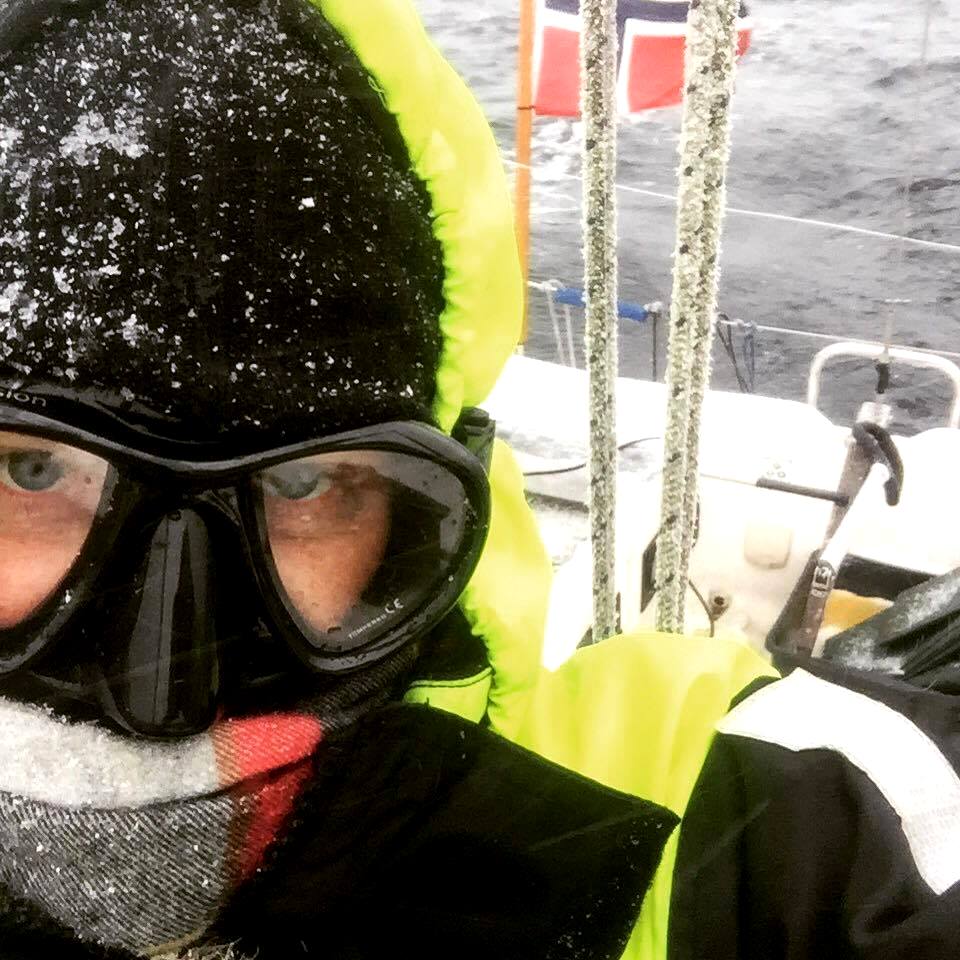 Most of the time I had the cold winds from the north straight against me. So I needed to combine the use of motor and sails for the best progress on my trip. This also heated up the cabin with the result that some of the moister could dry up.

I was visiting fantastic fjords like Hardangerfjorden before I went to Bergen and now I wanted to go to Geirangerfjorden. This one is a very special fjord with high mountains. 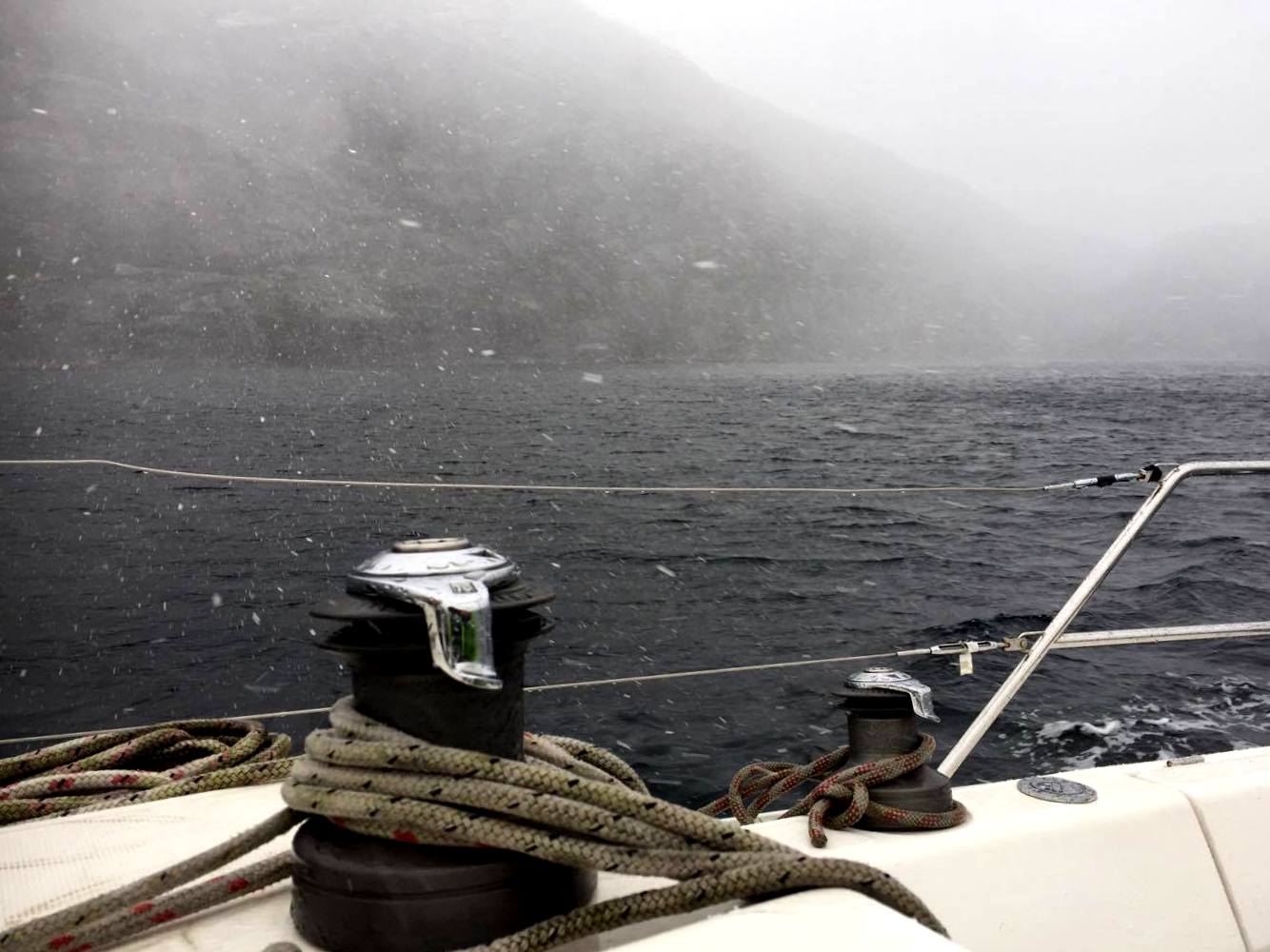 This rope made me so angry that I did not feel the cold.

On the way into this great fjord, I got 30 knots wind against me and the salt water hit my face. When I was near all the way in I got a rope in my propeller but luckily I managed to get to the port. I then put my wet suit on and jumped into the cold water, holding only four degrees, to cut the rope. This rope made me so angry that I did not feel the cold.

This place Geiranger, that is full of tourists in the summer was now like a ghost town, and it was a very special experience to be there at this time of the year.

After all this, I was waiting for good weather, to enter the more dangerous parts of the coast, like Stadt and Hustadvika. When the time was right, I had perfect conditions and a good calm sail going around these places. 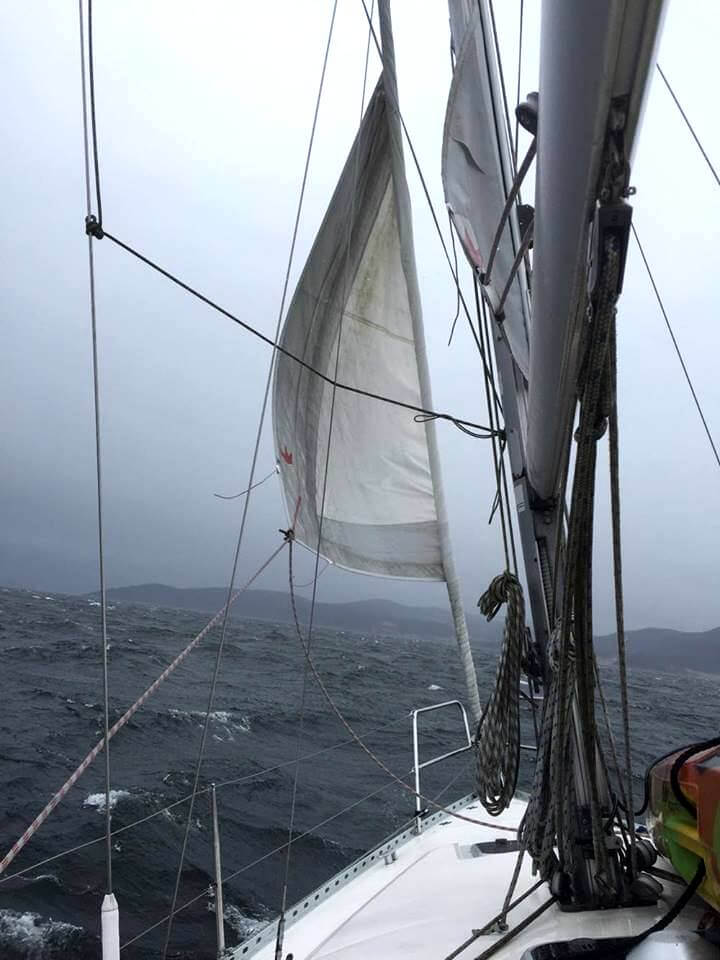 But later on, when I was on my way to Trondheim the weather forecast got it all wrong. It reported 10 knots of wind but it was actually 50. A white wall of weather came towards me and hit the boat.

Luckily, I saw it coming, so I had managed to reduce my sails to the size of a handkerchief while the storm hit me. I was doing six knots and got really wet of the waves throwing seawater all over the boat. After four hours, the weather finally past, and then another 15 minutes until it was all calm again.

Spring arrived, and I had a lot of nice sailing up to the terrific Lofoten islands. The wind came mostly from the north and all of the time the temperature was 10-celsius degrees. 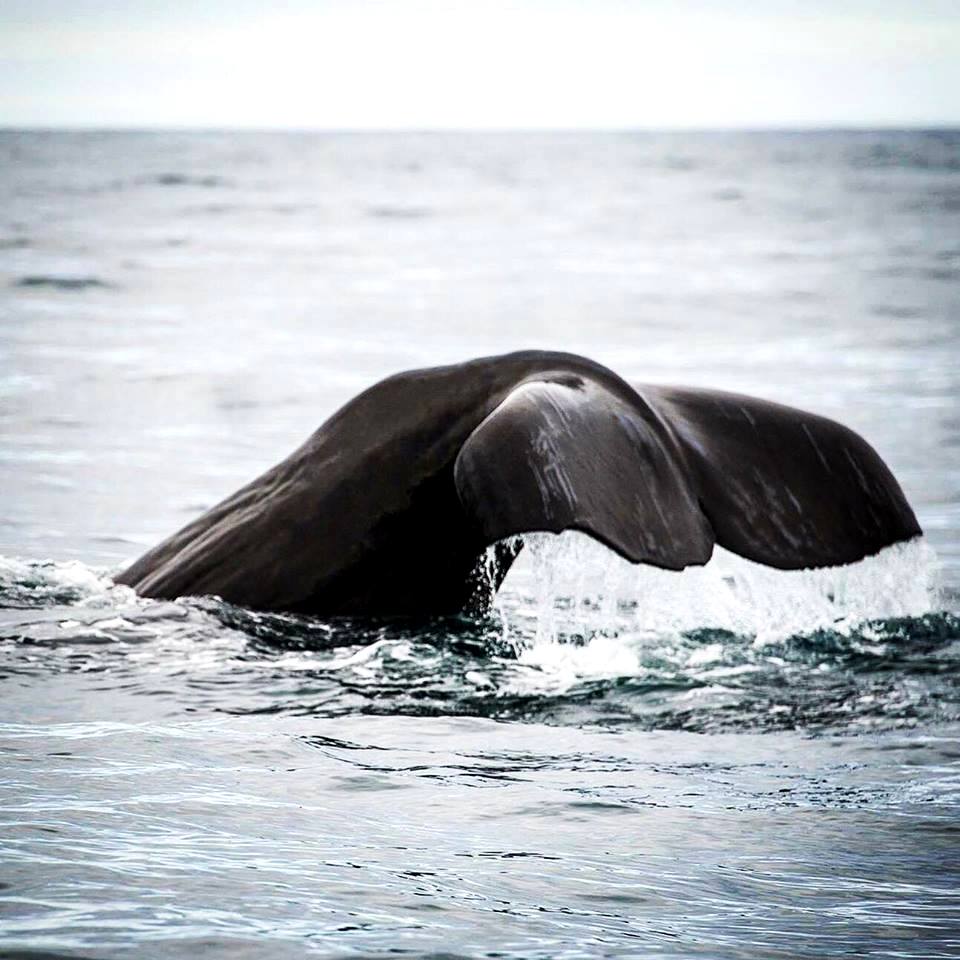 During the summer of 2017, I visited a lot of places in Lofoten and Vesterålen. I was hoping to find an abandoned fishing community where I could stay for the winter. I wanted to experience this time of the year in the north of Norway. However, it seemed that I was too late to find these peaceful places.

A new growing popularity of this area during the last 5-6 years has resulted in mass tourism. People have rediscovered the beauty of the island of Lofoten, its great nature and interesting fishing history. Catching cod has become very popular and attracts anglers from all over the world. 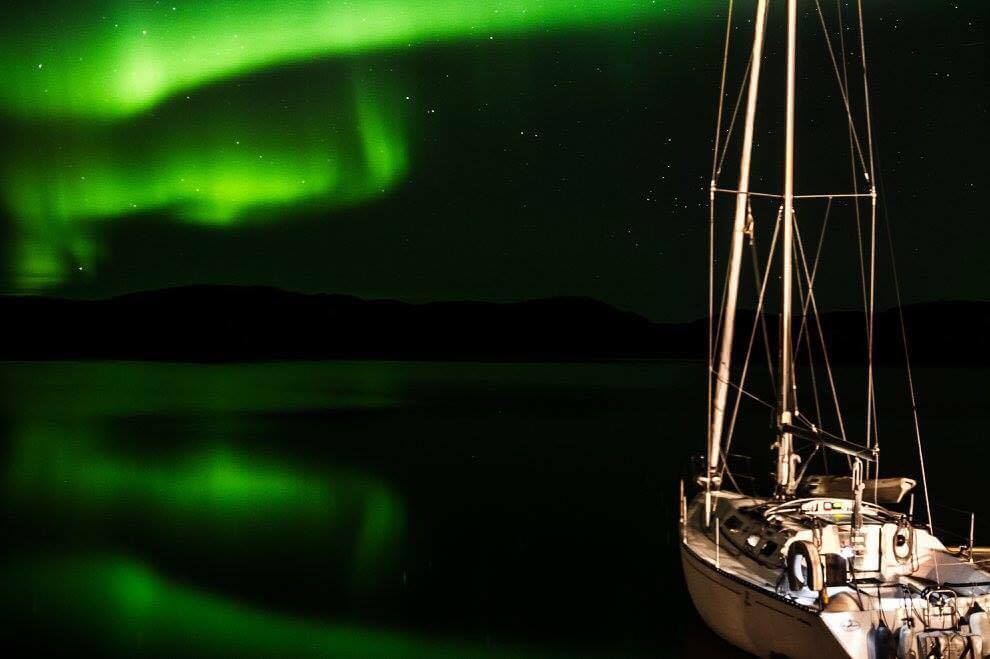 Two times sailing around these great mountains, discovering whales and catching big fish, I have now finally found a place I want to stay during the dark polar nights of the north.

I have now been sailing along the Norwegian coast and living in my boat alone for more than one year. All the way I have been trying to catch things to eat from what I can find in nature. Like fish, sea urchins, seaweed and also berries and mushrooms from my trips on land. I keep a low budget and try to be as self-sufficient as possible.

This autumn I got myself a proper ship’s dog. His name is Zkipper. His rare dog race originated from the village of Måstad at the island Værøya in Lofoten.

He is a good company on the boat…” 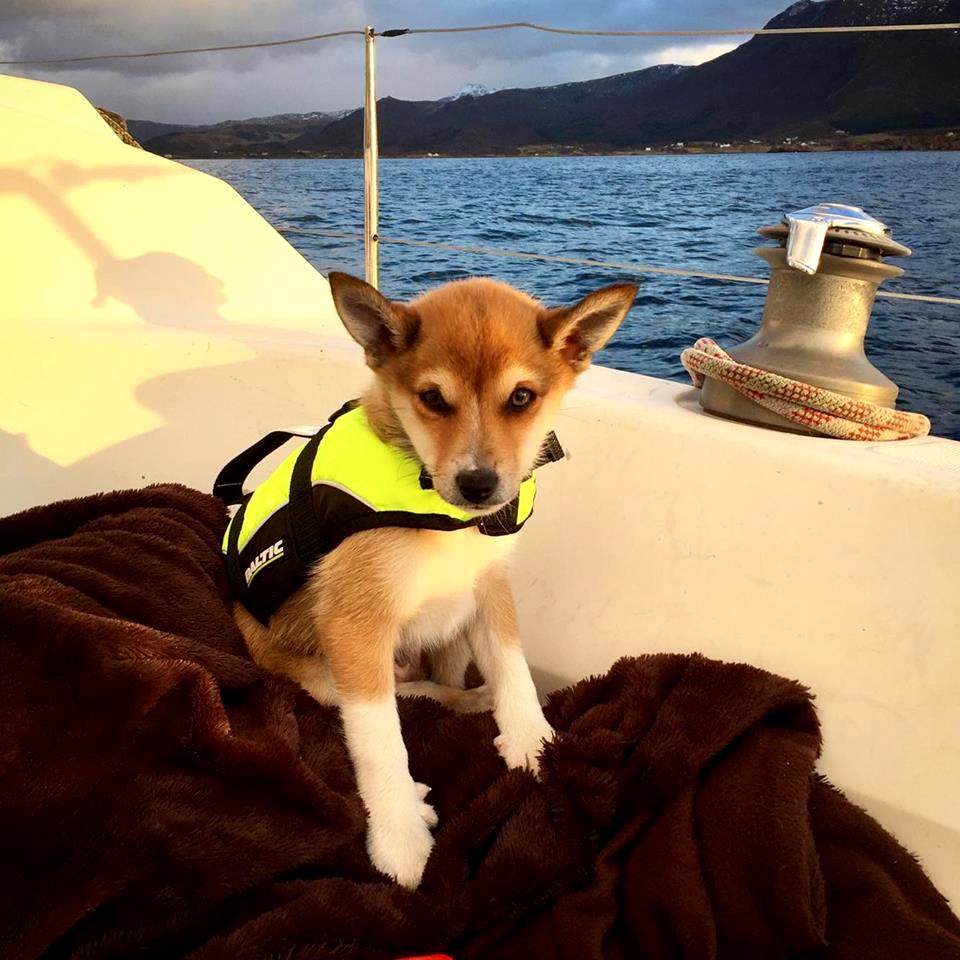 Next year in the early spring, Leo is planing to sail the rest of this long coast of Norway to Tromsø, around Nordkapp and then further east, all the way to the Russian border.

Read more about Leo’s and Zkipper’s sailing adventures sailing along the Norwegian coast at iGoNorthNorway.wordpress.com.

Wishing you both favorable winds and good company! 🙂 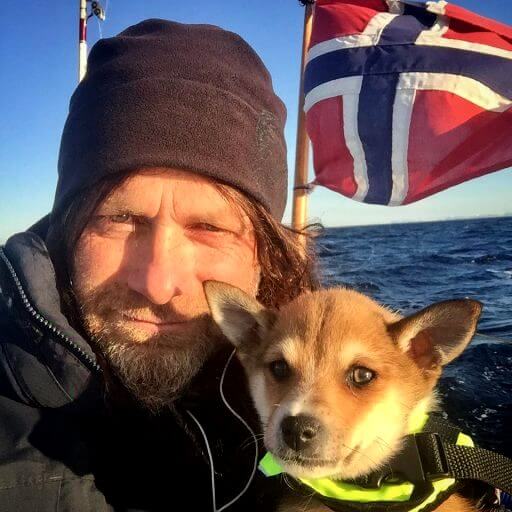