Audrey is an east coast transplant learning how to sail on the San Francisco Bay. She and her husband, Garrett, keep their Rafiki 35 in Sausalito and keep track of their adventures on www.thisldu.com and on Instagram under @thisldu_. Today Audrey is sharing her thoughts on sailing with us!


Happy to see you on our Harba blog! Harba is a free mobile app for sailors that allows you to easily
reserve and pay for your berth or mooring in advance. Available on the App Store and Google Play.


“The sea is capricious. Demanding. Deserving of our respect. Rewarding. These are the things that I have learned since starting to sail.

I grew up near the water, but never on it. Summers spent in a New England seaside town taught me to revere the sea. What I didn’t learn, however, was how to understand it.

And I won’t lie — I still can’t decipher all of its idiosyncrasies. I still don’t know what to do in chaotic situations. For those, I turn to my husband, whose steady hands at the helm are pictured here. 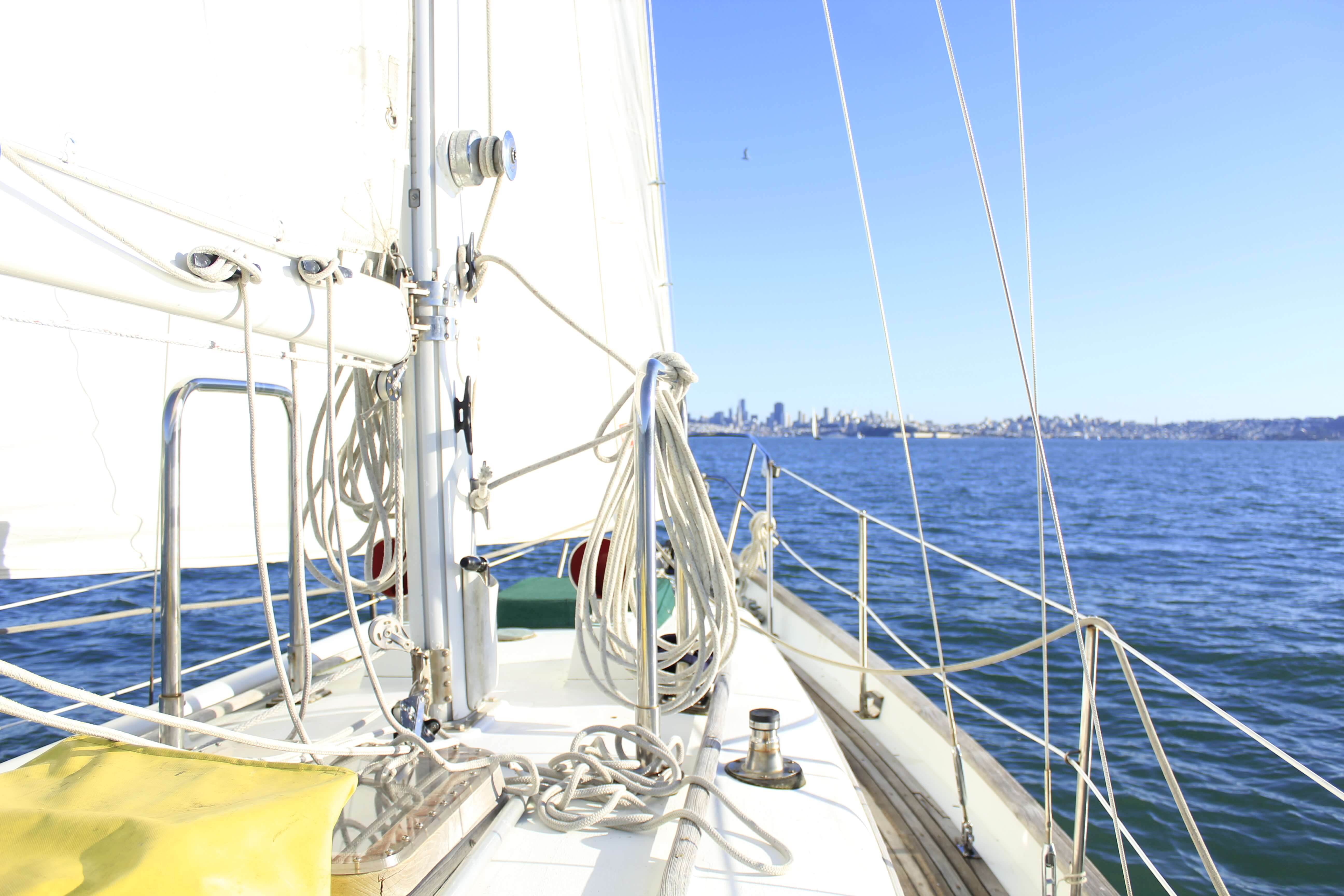 In the scale of life, we’re still young — in our late 20s. But I can’t help look at kids who have learned to sail so early in life that it’s second nature, and be envious of their confidence and skill. That’s what I’m lacking mostly, the confidence. The ability to consider the wind and the currents and react without doubt. But Garrett? He’s a pro. Even if he doesn’t do everything with confidence, you’d never know it. You always feel safe and sound when Garrett is captaining.

Sailing is his passion. Like me, he’s learned to sail later in life; unlike me, he’s learned quickly. He has been fastidious in his approach. Garrett has gotten on as many boats as possible in the two short years since he decided he really wanted to sail, and that dedication to learning has paid off. 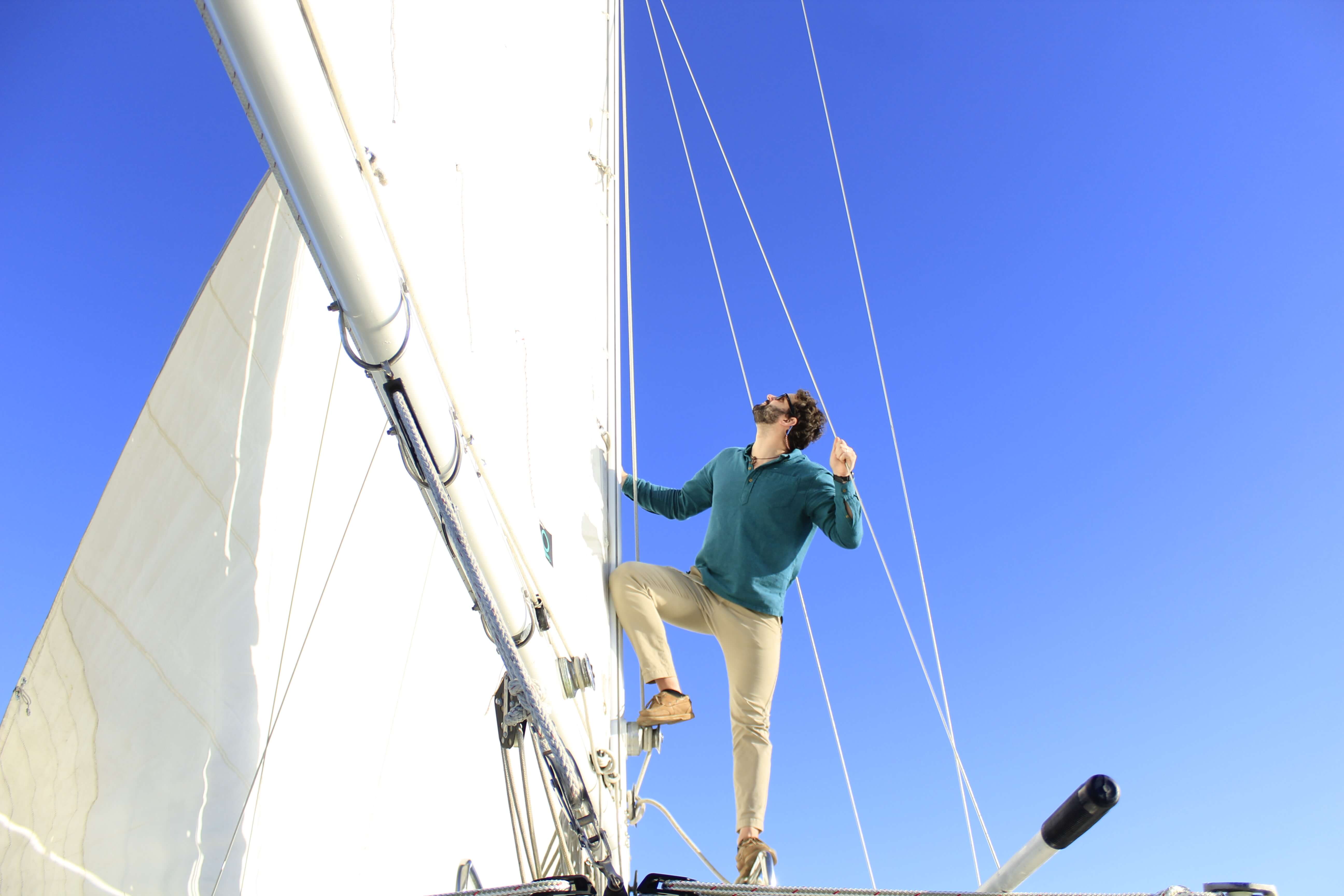 We bought a sailboat last September, a 1979 Rafiki 35. Full keeled and slow moving, she’s been a patient teacher. We’re learning her character, how she works with the water, how she is forgiving of our mistakes.

This particular photograph was taken on the biggest schooling day we’ve had thus far. We departed our Sausalito marina around noon and did a four-hour circumnavigation around Angel Island. Garrett was at the helm for a solid three hours. We had smooth seas, swells, clashing tides, no wind, gusts of 40 knots, sunshine, rain, warm weather, cold blasts — in those four hours, we faced all types of sailing conditions, and Garrett captained steadfastly through them all.

Next, we’ll go out the Golden Gate. After that, we’ll sail down to Half Moon Bay. And after that? Well, you’ll just have to stay tuned. 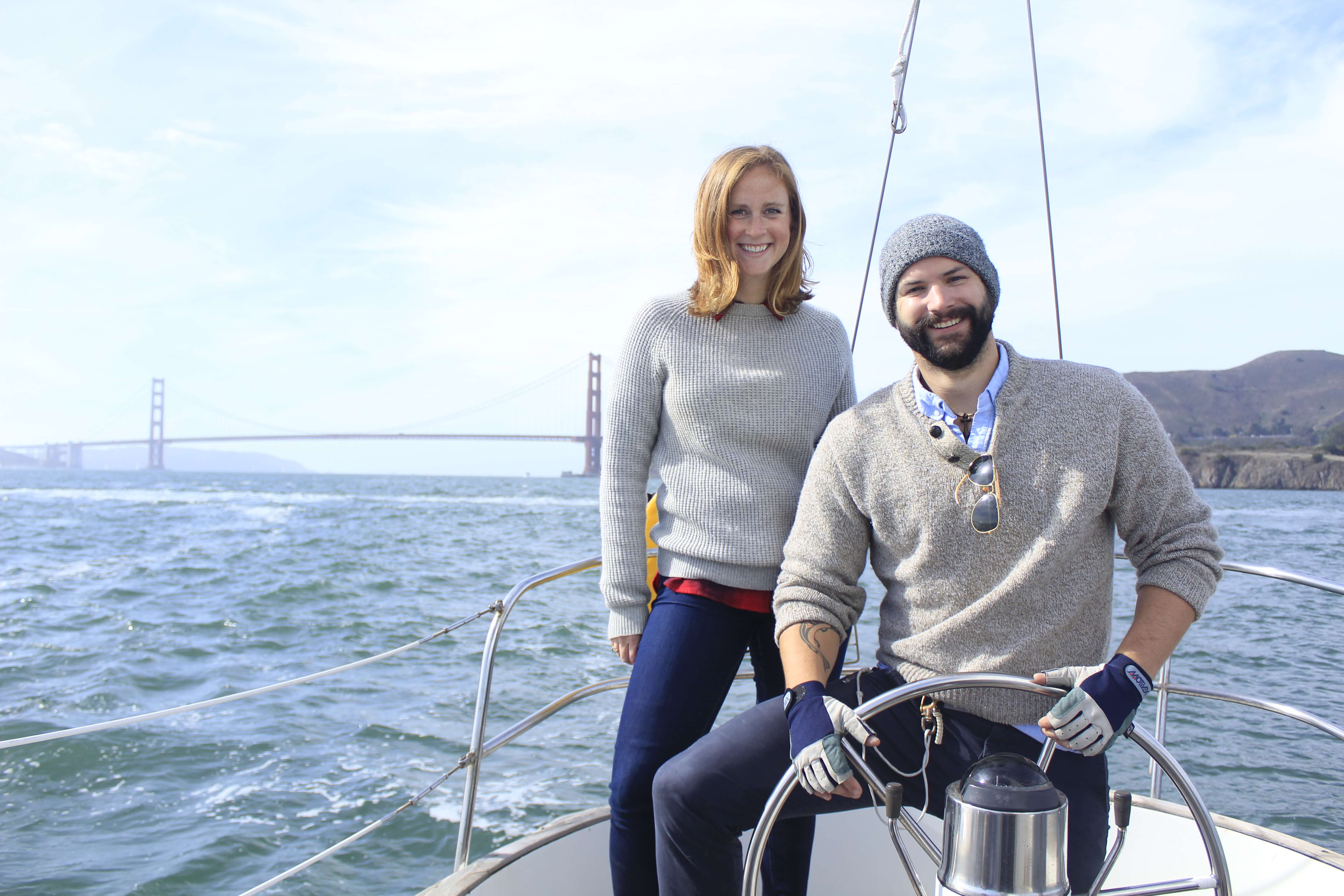 In terms of my own sailing confidence — I’ll get there, I know I will. For now, I am just so grateful for this new chapter in our lives. Sailing has given us a renewed sense of adventure, a challenge for us to conquer, a way for us to work together, a better understanding of the sea.

And, most importantly, the knowledge that it’s never too late to learn.”